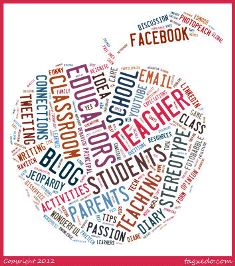 Here are the Top 5 posts from September all in one place! Enjoy!

I planned in advance and completely forgot that we were having the standardized Math test today! Bummer!
Wonderful plans put on hold....

This is what my students and I lost today because Standardized testing took a day from us...


#Why I Don't Use Technology: Anti-Tech Teachers Lament Has No Standing!


The conversation went something like this:
Teacher: Do you know he suggested using Tagxedo at Reading Night?
Me: What a wonderful idea!
Teacher: I don't see why they want to use technology. (said with disdain)
Me: Why not? The kids and parents would have a good time.
Teacher: What if it doesn't work? What if it doesn't print? Then what are we supposed to do?
Me: What do you mean doesn't work? It's really easy to use.
And the conversation continued...

I  flew overnight from Vancouver to be with you today. I landed in New York a few hours ago and caught a flight down here because I needed to tell you all in person that I think you’re awesome.

I was raised by a teacher. My mother is a professor of early childhood education. And from the time I went to kindergarten through my senior year in high school, I went to public schools. I wouldn’t trade that education and experience for anything.


In Defense of the Teachers Union: My Union is OK With Me!
She said I caused her daughter to have an asthma attack. She went to the principal and her child's teacher, told them I was "uppity", and that she was going to cause problems for me. She walked into my classroom and started yelling, and I had to have her removed.This occurred about 2005.