10 Things That Stand Out Because I Joined the #NotatISTE14 Community! 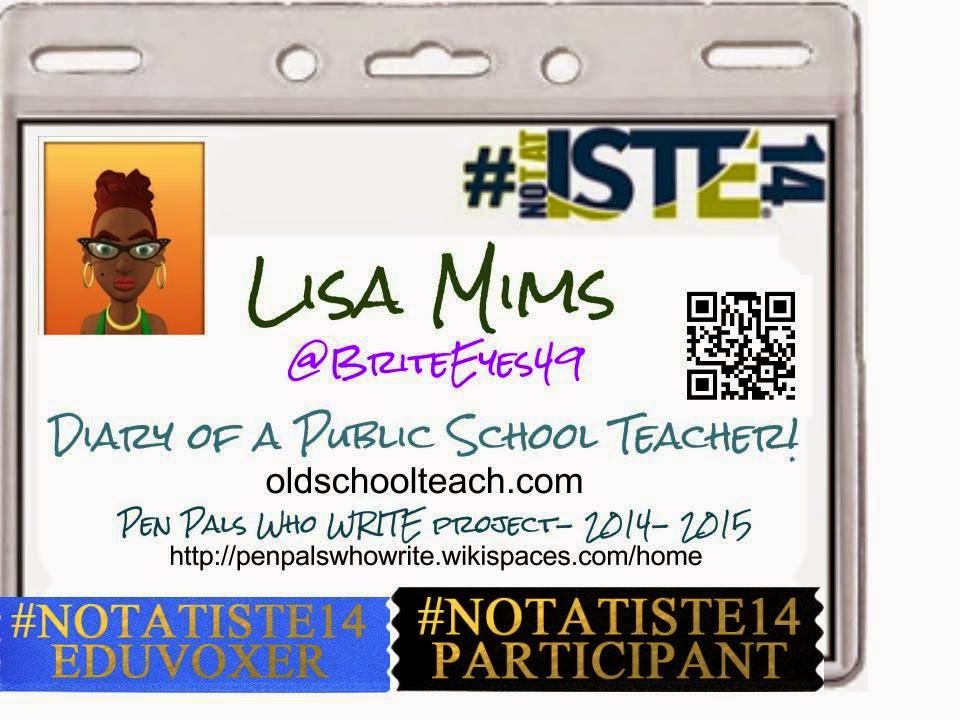 I planned to go since my sis lives in Atlanta, but I figured the wedding of my teammate was much more important. AND, I heard ISTE2015 will be in Philadelphia next year, 30 minutes away! YEAH!

Here's the good news. Jen Wagner decided to start a #notatiste14  group. I think it evolved into much more than what was originally imagined. Over 250 people have taken advantage of this wonderful opportunity! Our community has connected using Voxer, Google +, Twitter, any number of social media tools. Due to the resourcefulness of the members of this community, we have even connected with vendors at ISTE. We are being recognized in tweets as an official group. ISTE attendees are sharing information! This community is amazing!

1. I am not an island. There are so many out there who are looking to connect, and SHARE!

2.  One idea, (Thank you Jen Wagner), can produce amazing results!

3. There is something to be said about teamwork. There are awesome teachers behind the scenes pulling all this together. Whether it's GHO's, challenges, getting vendors to give prizes, etc..., they are getting it done.

4. People understand that sometimes things don't work out the way you planned! My big Kahoot quiz/contest was a huge bust! Instead of being upset over time wasted, everyone was so understanding!

5. Educators are THE most creative people in the world! Did you see those #notatiste14 badges?
I still have more ribbons to add thanks to the creativity of my #notatiste14 peers.

6.  This community validates what I already knew about teachers, and wish everyone else knew. We are in it for our students! I was on the computer most of the day, (Thank God for my understanding husband), along with hundreds of others, connecting. Why? So that we can take this information into our classrooms, back to our students!

7.  We do not know everything. There is always something else we can learn. Aah, the beauty of being a life-long learner! And boy, have I learned a lot from #notatiste14!

8. Teachers are not stick-in-the-mud people. We want to, and we do, have fun! The #notatiste14 challenges have added to the excitement of the group.  Craig Yen was even up for some Voxer #notatiste14 Karaoke!:) And Jen Wagner is hosting a #notatiste14 GHO Karaoke night tonight!

9. There are 600,000 different ways to communicate via social media! Voxer, Twitter, Flipboard, Google +, a new one I learned about today, appear.in, the list is endless!

Improving as a Teacher: Reflecting on Student Responses to Class End of Year Survey! 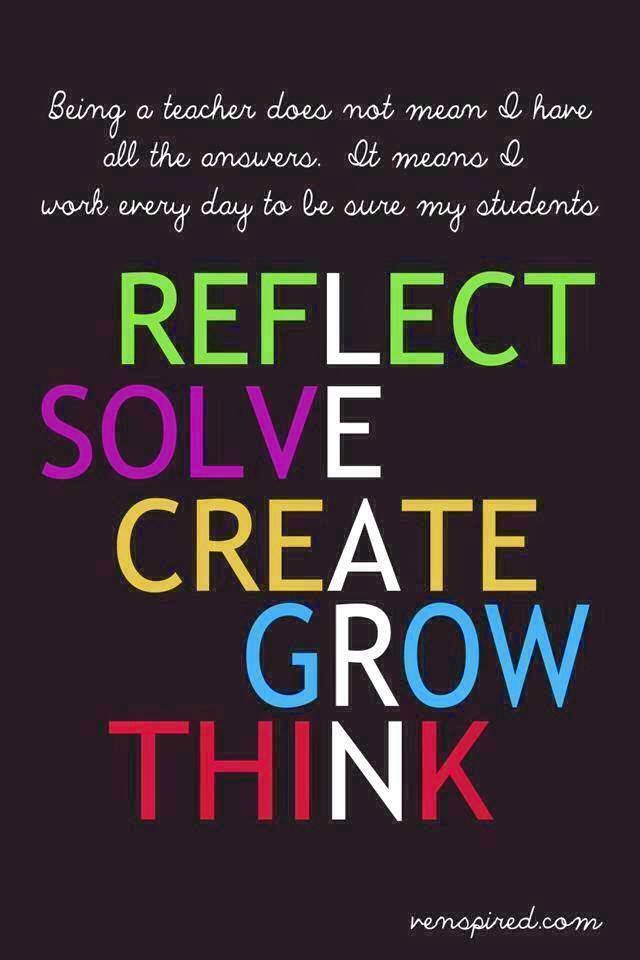 I got the idea to create surveys from Pernille Ripp. She is a huge fan of using surveys to help her reflect on how to gauge just about anything. I created a beginning of the year survey based on questions she wrote, putting them in Google forms.

I decided this year that  I would create an end of the year survey, something I usually never get around to. It became a simple task after reading an article on self-reflection by Vicki Davis. I used, and modified some of the questions she asked to create my survey.

The questions I asked gave me insight into my students' thoughts in a way that I wouldn't have achieved sitting down with them one by one. I emphasized to my students that the survey could be anonymous, and some of them took advantage of that option. I was looking for honesty.


One of the questions I asked my students is, "How do you think I can improve as a teacher ?" One student wrote, "I think you already have teaching DOWN! You are an awesome teacher already." Loved this statement.:)

However, I know we all have room for improvement. When it's time to go back, I'm going to reread this post, take another look at the survey responses, and make adjustments in the new year!
Posted by Lisa M at 10:35:00 PM 2 comments:
Email ThisBlogThis!Share to TwitterShare to FacebookShare to Pinterest
Labels: end of year student survey, improving as a teacher, surveys in the classroom, teacher self-reflection, using Google forms in the classroom. 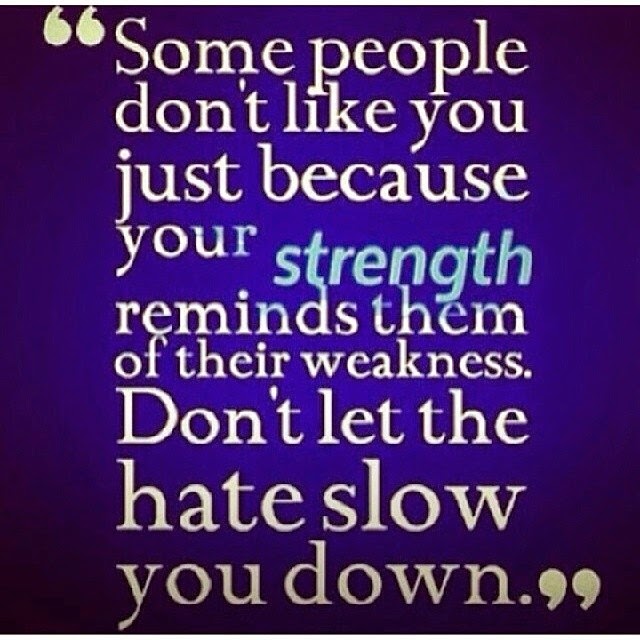 If you say something enough times, most people will believe it.

Not only will they believe it, but they will embrace it, passionately.

They will, foolishly, repeat, word for word or  improvise with their own words of wisdom, every bit of nonsense they have heard from "them." They will own it.

And there begins the story of how "tenure" became a bad word. Tenure became something evil that "those lazy, 3 months off, every holiday, 4 hours of prep(I actually read this in a comment),horrible, horrible, teachers", are using to keep their jobs!

Tenure is due process, period. It gives teachers the right not to have their jobs arbitrarily taken from them, period. Anyone see anything wrong with that? Apparently the Vergara Verdict leads me to believe many did.

Obviously, many people agree. The duped public, the "ed-reformers" aka "get rid of unions so that we can take over the schools and make tons of money", the faux celebrity "educators"
( e.g Michelle Rhee), duped journalists, (e.g. Roland Martin), did I mention the duped public?

"Is this the end of the powerful teachers' union?" Direct quote from the reporter on CNN.

Why were unions originally established? To gather together the employees of a workplace in order to provide power in numbers. What happens when you take away the union? StudentsFirst, StudentsMatter, Pearson, etc..., realized that there are billions of dollars in education. And who is standing in their way?

I was listening to my favorite radio station the day of the verdict. They had Dr.Stephen Perry, apparently America's most trusted educator, discussing why the verdict was a good thing. He reiterated the same words spoken by all others. "Tenure is bad. Horrible teachers keep their jobs. Children of color suffer with these bad teachers we can't get rid of." I wonder what Mr.Perry's thoughts are on neighborhood schools being torn down because of test scores? What does he think of amazing veteran teachers being removed from their jobs and being replaced with Teach for America teachers? (But I digress.)

One statement made by Tom Joyner, the DJ, that really stood out for me is this, "If you are an effective, (define effective), teacher, you don't need tenure." Grrrrr.....

Can anyone one say ageism,( TFA teachers are taking over schools all over the country), nepotism, "can't be molded"ism, or just plain old "I don't like you"ism? Does he really believe that if I am a great teacher, I can't get fired if I don't have protection?

I texted and tweeted him asking for a response to the trial  from an actual educator. You know, the ones that actually work in the classroom, under intense pressure, with no accountability expected from anyone but the teacher, but I received no response.

"United they stand, divided they fall!" Teachers complain about their union, but imagine if you did not have one? Ask those teachers who work in non-unionized charter schools. Make your union work for you. Join an organization that fights for a teachers' right to be respected. Write, email, and/or call the politicians that represent you,  especially President Obama, who has ignored us since he was reelected.

The union is appealing the verdict, but it has happened in California, and now they will come for your tenure as well!

"Remember That Time When...?" An End of Year Memory Book! 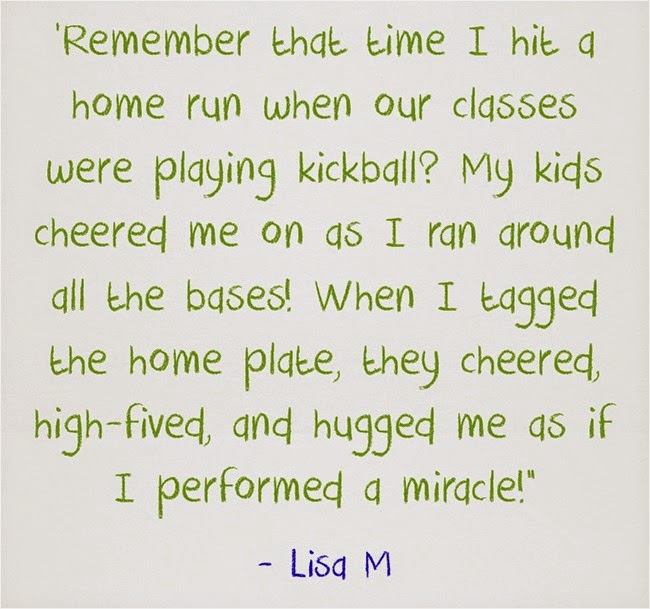 I was on #5thchat Tuesday night chatting with my fellow tweechers about activities we do at the end of the school year. @patriciahewitt shared a wonderful idea.


We've also created a "Remember the time when...booklets! Each Ss contributes a page. Some funny, some not so much! #5thchat
— PatricaHewitt (@patricahewitt) June 4, 2014

I thought this was such a wonderful idea and let Patricia know I would be using it the next day.
I decided to use the students' writing to create Memory books for each student.

Front Cover: 2 group pictures. One from the beginning of the year and one from yesterday. The kids loved comparing the two pics. We laughed because one of my girls had on shorts in both pictures, and you could see how much longer her legs were in the most recent picture.

First page: A Tagxedo word cloud of all their names and mine.

The next couple of pages are filled with "Remember the Time When...?" stories. I had just taught sensory details and asked them to use it when they wrote, but that didn't work out too well, end of the year and all. However, one student did, and I have to share it!!!

End pages: My kids don't have Autograph books so I added Teacher and Student Autograph pages.

The kids were upset that  I didn't add a picture of myself. It wasn't deliberate. I didn't think of it at the time, but it's a good idea. What's a Memory book without a picture of the teacher?:)

Most of my students chose a different memory. The only ones that were shared more than once were Mystery Skypes, none were inappropriate.

I loved reading them because it gave me a view of my classroom through my student's eyes.

I shared it with a teacher friend, and she really enjoyed reading their memories. I am going to miss my babies, but now I have their memories of our time together, and so will they.:)