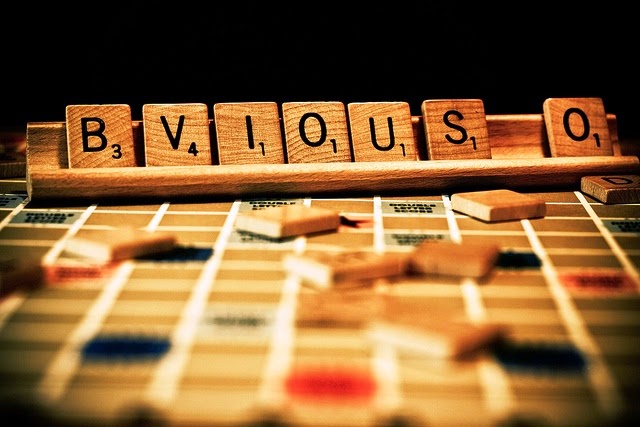 As I was walking past the group on the deck, I noticed they were passing around a tablet.
When I asked what they were doing they replied that they were playing Scrabble.
I pointed to the table below, and yelled, "There's a "real life" Scrabble game sitting on that table!"
They ignored me and continued to pass the tablet.

I didn't forget the year.

However, why should I forget what it feels like to actually play "real life" Scrabble?

The excitement of choosing your letter, feeling disappointed or thrilled with what you pulled.

The feel of the tiles as you hold them in your hands, fresh from the bag.

The snatching back of letters as you suddenly think of another word.

The feeling of impatience as a player dawdles.

The click as you place, (or slam), the tiles on the board.

Turning the board around so that you can see when it's your turn.

Trying to peek at someone else's letters.

But we shouldn't forget "real life" in our classrooms.

We shouldn't get so tied into the next great tech tool that we forget to let them draw, tell jokes, paint, sing, act, activities that don't necessarily require technology.

Can you combine the two? Sure. My kids drew scenes from a story and then we played "Guess My Scene" with another class via GHO(Google Hang Out). But, my kids drew the pictures. On paper. With crayons and colored pencils. And while they drew, the talked, discussed, and reminisced about the story. Real life.

I love tech as much as any other techy teacher, but I won't fail to incorporate "real life" in my classroom. There's just some things technology can't replace.

Kids on the Way to the Park: Is Joy Stifled in School? 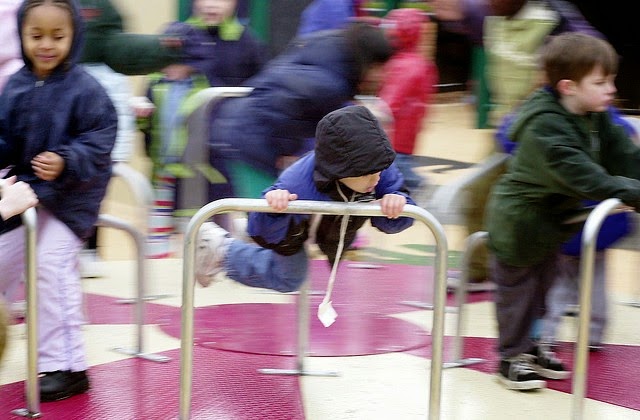 There is a playground in my development.

During the summer, I have the pleasure of listening to children as they travel to the playground.

"Come back!" "Don't go too far!" "Wait!", parents trying to contain them, understandably, not wanting them to go too far ahead.

The pure, unadulterated joy of going to the playground, of knowing what is a few feet ahead. The jungle gym, swings, seesaw, grass to run in!

Tons of worksheets, test prep, assessments, no recess, and/or absence of the arts?

Has school become a place of data overload, constant barrage of assessments, and strict adherence to standards?

Is so much time spent on making sure we meet goals established by non-educators, that school has become a place of dread for students and educators alike?

If a child does not want to come to school, there is nothing we can teach them, nothing they can learn.

If a teacher does not want to be in the classroom, what level of teaching can be expected?

We need to bring joy into our classrooms. Joy does not mean teachers entertaining students, but engaging them. Giving them a chance to learn in a meaningful way. Giving them ownership of their learning. Giving them a place that feels like home should feel, safe, secure, and welcoming. Making school,or at least the  classroom, a place they want to be.

Let's make school a place teachers and students want to be, let's return joy to the classroom!

Loving Classroom Tools That Start Free, and Stay Free! We Appreciate You!

It is common knowledge that teaching is one of the hardest professions. We  make very little money, and yet , we have a high level of "out-of-pocket" expenses.  That's why I (and probably every teacher I know), love it when someone comes out with a Fun Resource that Entertains and Engages,(FREE) ! Get it?

However, what irks, and disappoints  me the most,  are the companies who provide you with a free tool when they first enter the market.   They reel you in, and you use their products for an entire school year, loving every minute of it.  You get to the "How could I teach without this? point", and then BAM! They want you to pay!
Isn't there another way? Couldn't they be a little less expensive?

And I'm already way ahead of them on solutions to affordability.
"Write a grant" they say.  Grant writing is a timely process and just like money, that's not something I have a lot of!
"Ask your district", they say. Can anyone say "budget cuts?"
"JUST $29.95 a year!" Well imagine if I pay every company for the tool I enjoy using $29.95 a year every year! Do the Math...
"We have the free version", and the free version sucksess-fully(I have to say, some non-premium products  are still pretty cool), though keeps me from giving 20+ kids what would really benefit them in the classroom.
"Come up with an innovative idea, and then get hundreds of people to come to our site and vote for you!"

I know, it's their companies and they have the right to charge and make a profit, it's the American way! I  am also aware that I do not have to purchase the product or tool.

I am one of those teachers.

That teacher that is going to dig among the lint in his/her pocket, swipe that card, and buy that product, in order to offer my students the education I would give my own children. A lot of us are, and maybe that's why many of these companies start charging after they gauge how many of us would pay.

But, enough venting, I end with a special shout-out, "Woo-Hoo!" to all those companies, (You know who you are), that offer teachers tools that are still free, (or even give a free version that's doable).
You are truly appreciated!:)
Posted by Lisa M at 9:27:00 PM 2 comments:
Email ThisBlogThis!Share to TwitterShare to FacebookShare to Pinterest
Labels: free classroom tools, free resources for teachers, free stuff for teachers
Newer Posts Older Posts Home
Subscribe to: Posts (Atom)