Challenge Them All!:Giving Every Kid a Chance to Feel "Smart"! 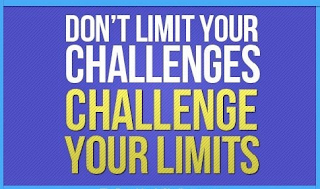 Something I try to avoid doing in my classroom is pigeonholing my struggling students. I know they're struggling, the rest of the class knows it, and they know it. So why add to their discomfort, frustration, and downright misery, by excluding them from challenging assignments? Why do we assume they can't do it because they don't read well, have difficulty solving math problems, or any of the other number of reasons, we separate them?

I used to do that. I used to give the "brighter" kids challenging assignments while my struggling students were stuck with me in small groups, or worse, relegated to worksheets. They would gaze longingly at the project "brighter" kids were working on, probably hoping they would get the chance to participate. Only it didn't happen, because I had to make sure they "caught up". They were stuck completing remedial work.I stopped doing that to them.

We really don't know what the struggling student is capable of until we give them a chance. Worried they can't succeed on their own? Allow them to  work collaboratively with other students. Make a few modifications to a lesson or project.

My science groups were a mixture of students of varying levels. You'd be surprised at how many times the struggling student stepped up and led the group. My Problem of the Week groups were amazing! They were also a mixed group, but I'm not kidding when I tell you every single one of those students were working together to figure out that problem! Why not give them a choice of how they want to present? It gives them a chance to work at their own speed, but still have a chance to participate. We have to stop believing they can't do the more difficult work, without even giving them a chance to try.

I noticed that some of my kids would say, Of course "TW" got them all right, he is "smart." It's as if they believe that "smart" is something that you are born with, not something that you work at. If we give them a chance to believe that they are "smart", they can begin to believe in themselves, and raise their expectations of what they are capable of.

There are always going to be the students who function at a higher level. Those students who are going to exceed no matter what. And there's nothing wrong with letting them be who they are, and giving them work that makes them think harder and stronger. But there's nothing wrong, with providing the same kind of incentive to our struggling students. Make them think as well, make them work to find answers, challenge them all!


Posted by Lisa M at 12:30:00 AM
Email ThisBlogThis!Share to TwitterShare to FacebookShare to Pinterest
Labels: challenging students, labeling students, raising expectations in the classroom, struggling students