Parent Accountability: LETTER TO A PARENT #2 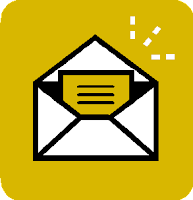 Dear Parent,
What possessed you to make the decision you made today? About a week ago, I handed out test folders in the morning to avoid the chaos of handing the folders out at 3pm dismissal. Everyone, including your daughter, was asked, if they were missing anything. Everyone responded, including your daughter, that they had everything. Three days later, when it was time to collect the folders, your daughter claimed that she did not receive a checklist . She didn't say it nicely either. Now she could have taken the initiative and asked you to sign the tests, but that's not something I would really expect from your child.

Today, I reminded my students with missing folders, that during recess, they would call their parents, and give a friendly reminder to sign their checklist and return the folder. Every child, but yours, accepted this responsibility. Your child became very snippy, told me she never got one, and how unfair it was. Oh well! This is how it works in our classroom.

However, while I was outside with the other students at recess, your daughter convinced the indoor teacher to let her call you. She called you, sobbing, (as you know, she can produce tears on demand), telling you how unfair I am. She was heard to wail that I was not being fair at all! And what did you do? D id you tell her that you will deal with this at home? Did you fuss at her for making a non-emergency phone call from school? Did you ask to speak to the teacher? Did you tell her life is unfair,ask her to hang up the phone, and deal with it like a responsible 5th grader? NO! You came to the school and picked her up!!!! Two hours before the end of school!

She missed a crucial math lesson.(Remember the conversation we had at conferences about her struggles with math, and I asked you to stop picking her up 20 minutes early just so that you could avoid sitting in the student pick-up line?) When you came to pick her up, did you notice the smug, satisfied, look on her face?


But, don't worry, she will be held accountable by me, even as you cater to her every whim. She will learn that in our classroom there are rules to be followed, and consequences. She will learn that Daddy and Mommy will not always be able to pick her up. I will be glad to do this favor for you. You can thank me later.


Parents: Enabling Your Child Isn't Helping Him
Posted by Lisa M at 11:34:00 PM
Email ThisBlogThis!Share to TwitterShare to FacebookShare to Pinterest
Labels: education blog, enabling children, K-12, letter to a parent from a teacher, parent accountability, parent responsibility in the classroom, student lack of responsibility