Open Letter to Pres. Obama: This is What Standardized Testing "Looks" Like! 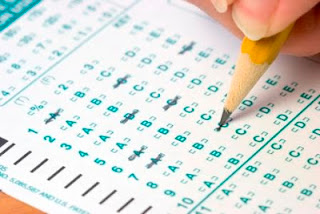 Dear President Obama,
Today was the first day of Round 3 of standardized testing in the state of Delaware. The test is administered online, and the students get their scores immediately. It covers everything we learned in the 5th grade, even though we have not finished the school year.

Let me begin with my morning. I attended a union meeting where I am told the state of Delaware has decided that they will decide whether I am a good teacher according to how well my students do on this test! It's bad enough, that my school is judged by test scores, but now my ability to teach is questioned because of test scores? Does this seem as ridiculous to you as it does to me? Does anyone realize how many other factors control how our children perform in school?

I have prepared my students to the best of my ability for this test. As much as I despise it, I do not want them to fail. Aren't we supposed to be creating critical thinkers? How can I do that, when instead of doing projects, or collaborating with our pen pals, we are filling in bubbles!!!!

The test. They worked hard, they really did, and all of them showed growth. In fact, most of them passed, except one. Have you ever been in a room full of children taking a standardized test? Have you ever watched student's knees and hands shake as they go to press the "Submit Test" button, and wait anxiously for their scores? And no, it's not because of horror stories I have told them, it's the pressure of it all. The release of air when they have met their goal is audible. Except if they "fail."

This student that worked so hard, cried. I held back tears and congratulated him for working so hard and for showing growth, and then sent him to the bathroom to collect himself. He cried, no test should make a child cry!
At the end of the day, I told all of them to clap for themselves for working so diligently, he didn't clap.
I pointed at him, my voice cracked, and I said, "You worked so hard, you showed improvement, you get to clap!"
Imagine this, we still have two more days of testing.

I am not against assessments or evaluations, but there has to be a better way. Don't you agree?
A Heartbroken, Stressed-out, Teacher
Posted by Lisa M at 7:07:00 PM
Email ThisBlogThis!Share to TwitterShare to FacebookShare to Pinterest
Labels: a teacher letter to President Obama, standardized testing and President Obama