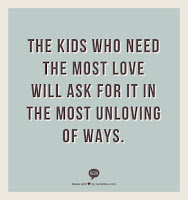 Beginning of the School Year Activities!

It's that time. I'm sad summer is over, but, I am excited at the start of a new year!:) Besides some of the typical activitie...