The Myth About Digital Natives! 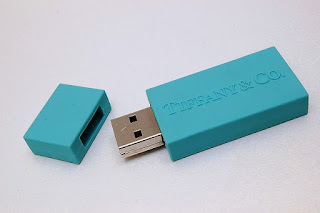 "Mom, can I borrow your camcorder?"

His next question, "Mom,do you have a flash drive?"

My son's Senior Project was due in three days.  My son hates letting me see his work because I automatically shift into teacher mode. My expectations for him are higher than what is expected of him in school. Therefore, he doesn't let me see anything that is required.

So, I was thrilled when he decided to share his PowerPoint presentation about women in combat.  I guess part of it was because he was using my camcorder, and part of it was that he felt, maybe, just maybe, this would be a good time to get my input, being a Senior Project and all.

After he informed me that he was going to interview a few people to gather opinions on his topic, I suggested he use Google forms to create a survey.  He could post the survey using social media and get lots of feedback from hs peers. I told him I would be willing to post it as well, so that he would get a variety of views. (Thanks to all who helped out!).

He has a Gmail account. They can access Google at school, but he didn't know what it was. He had never heard of it. I gave him a quick tutorial on how to create and post. Of course, he caught on quickly, and spent the next hour counting how many people answered, their gender, country ,etc.... He enjoyed using it, and was happy with the results he was able to obtain. I loved watching him interpret the data, ("Mom, you are the only female who said  no"), and make inferences.

I tried to convince him to use Sliderocket, instead of Powerpoint, but to no avail.  Even when I told him I could show him how to upload his powerpoint, he still wouldn't budge. I did manage to get him to upload his presentation and video onto Drive, but he held on to that flash drive with a death grip.

He presented, using the flash drive. Started with his survey, went into his Powerpoint, and ended with the videotaped interviews. Apparently, they were impressed because he passed one of the panelists in the hallway the next day, was told how great it was, and that he had passed. (Yeah!)

My point is we can't assume that our students are adept at using and integrating technology. Yes, they can figure out how to use a Smartphone, can text at the speed of light, download an app in the blink of an eye.

But I think it is our duty to do more than that.  They have to be able to research, investigate, and create using these tools, not just post a status and watch a video.  And more importantly, I believe it is our duty as educators, to provide these opportunites.

If my 5th graders know about Google forms, why shouldn't my 12th grader?

Digital? Definitely! Natives? Not even close!