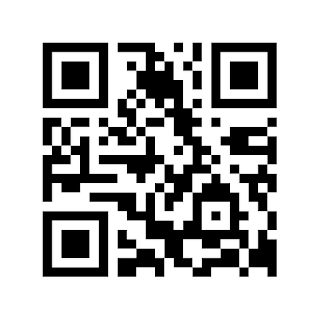 I discovered QR codes about a year ago,  I read about them, downloaded a QR reader, and began to create my own codes. When I attended ISTE11, they were all over the place!  Silly me, I felt like one of the chosen when I had to demonstrate or explain what they were. :)

Well, eventually, the fun of it wore off, you can see them wherever you go, magazines, etc..., so now the question became, "How do I use QR codes in my classroom?" Or better yet, "Can I Use QR codes in My Classroom?" I was perusing Free Technology for Teachers in my Google Reader, and lo and behold, what did I see? A very, cool, way to use QR codes. Now, just to be fair, prior to seeing Bryne's article, I had already bookmarked Steve Anderson's "QR Codes in Education" Livebinder, Richard posted the  QR Treasure Hunt Generator  created by  Classtools.net .

It was very simple to use and the title says it all.  You create questions. The questions are turned into QR codes. Hang them around the room and let the students "read" the questions with their mobile devices and answer them. (That's the treasure hunt part of the game). Being educators, I know you can take this concept, twist it, turn it, whip it, and come up with 600,00 different ways you can use it.

Upon seeing it, I immediately thought of the "Getting to Know Mrs.M' exercise I used at the beginning of the year.  I placed a summary about myself on the Smartboard, my students read it, and then answered questions about me. As boring as it sounds, they were engaged, but how much more spicy would it was with QR codes! I only had to show them how to use it once.( You know how our students are!).

To test it out,  I made up 5 questions, that's the minimum amount you can use, hit "Create QR Challenge", and the work was done for me! First, it took me to the "Teacher Notes" page and from there you can access the  QR codes that the students will use for the "Who is Mrs M?" quiz.

I think using this tool as a team building exercise with the staff would be a great idea as well. We've done scavenger hunts in my building before, but how much more fun it would be with QR codes. (Ignore the grumbling of the "anti-tech" teachers as you played.)

When I originally wrote this post in July 2011, I was worried about the use of cell phones in the classroom.  But now, with the BYOD initiative, that is no longer a concern. I have a project on DonorsChoose requesting three Ipods so that we can implement some of the wonderful projects available with QR codes.
.
QR codes, you've come a long way, baby! :)