"Tell Me About Your Number!" Adding a Little Somethin',Somethin' with QR Codes! 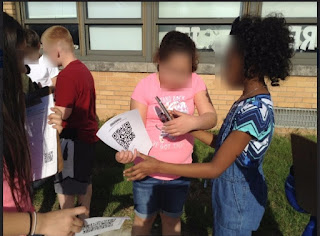 I try to switch up what we do for Morning Meeting activities.

And once it warms up, I try to make whatever we do take place outdoors.
So I came up with this little activity,"Tell Me About Your Number!"
You need devices, but you do not need Wifi, just download a QR code reader. I use Inigma.

First, I created QR code sheets using the QR Code Treasure Hunt Generator. When I created them, I only put the number and an asterik because all I wanted the kids to see was a number when they scanned it. Once you create your "quiz", it is very easy to print the QR codes, they are made for you. 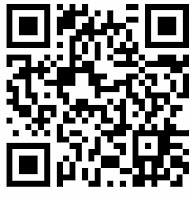 I have a BYOD (Bring Your Own Device) classroom and a couple of Ipads, so the kids were split up into groups of 2 or 3. Each group was given a worksheet to write their answers, and a QR code sheet. The students had 2 jobs. They had to go around and scan the other groups QR code and a number would appear.

Next, when the number appeared, they had to write the number AND an equation for that number. It could be addition, subtraction, multiplication, or division or a combination of operations. The team with the most equations completed won. They were timed, had to vary the operations, and of course, their equations had to be correct.

I loved watching my students work. They really enjoyed this. They were engaged the entire time and came up with a number of ways to represent each number. My students love competition, but you could always take that out of the equation.:)

The kids had fun, solved problems, were engaged, and collaborated.! Adding QR codes to this activity was a way to take something simple and pump it up!
Posted by Lisa M at 2:13:00 AM
Email ThisBlogThis!Share to TwitterShare to FacebookShare to Pinterest
Labels: math game integrating technology in the classroom, QR code Math activity